Being a Metallurgy and Material Science engineer from college of engineering, Pune (COEP), Mr. Ganesh has got a rich industry experience before he joined ADYPU. After working in industry for a long time, he left industry and joined ADYPU 2013 as his core interest in teaching and learning processes pulled him to academia. He has been performing as an assistant professor for last 6 years. His passion lies in exploring and implementing new teaching methodologies and designing new techniques in the area of teaching and learning at the advanced level. In addition to teaching, he has a great interest in research and writing scholastic research papers. He has ten international paper publications at his credit.

His core interests include modern materials and education trend studies. He has been guiding students for under graduate and post graduate studies.

He has a profound interest in the field of medical electronics and instrumentation with specialization in biosignal-based intelligent human-computer interface design for controlling assistive devices. He has extensive expertise in device development for biosignal acquisition, MATLAB based graphical user interface design for real-time signal processing and event monitoring, biosignal-based wireless control of rehabilitative devices and assistive robotics and applications of IoT in healthcare. He has published 8 research publications in referred journals, 26 international publications in various IEEE conferences and 13 book chapters of international repute. 7 of his research papers have received best international paper awards.

Dr. Biswajeet has received the ISER-Young Scientist Award 2017 by International Society for Engineers and Researchers, Vienna, Austria for his contribution to the field of “Human-Computer Interaction”.

Dr. Rakesh A. Afre completed his M.Sc. (Physics with specialization in Energy Studies) from North Maharashtra University, Jalgaon, Maharashtra and PhD (Nanotechnology) from Nagoya Institute of Technology (NIT), Nagoya, Japan under guidance of Prof. Tetsuo Soga. After his M.Sc. he joined as a JRF at IIT Mumbai to work on DST sponsored project entitled ‘Carbon nanomaterials for solar cell‘ under the guidance of Prof. Maheshwar Sharon, Dept. of Chemistry.

Later he moved to Japan to pursue his PhD degree under Japan Government Scholarship (Monbukagakusho). His doctoral studies were focused on ‘Synthesis of carbon nanotubes by renewable natural precursors’ In 2007. He accomplished a PhD and continued his further research on organic photovoltaic (OPV) devices at NIT. Then he moved to KRICT, South Korea for his next assignment to continue research on DSSCs and small molecule OPVs. Furthermore, he moved to Australia to continue his research on fabrication of transparent electrodes using nanomaterials for OPVs and then to Ethiopia as a Professor. He came back to India and joined Walchand Center for Research in Nanotechnology and Bionanotechnology (wcRnb), WCAS, Solapur as a HOD of Nanotechnology department under eminent directors Dr. Madhuri Sharon and Prof. Maheshwar Sharon.

Ms. Shital Solanki is an Assistant Professor in Mathematics. She has been awarded a gold medal in B.Sc. (Maths). She completed her M.Tech (IMCA) from the Nowrosjee Wadia college, Pune.  After her studies, she taught mathematics at Nowrosjee Wadia College, Pune for four years and further worked in the same capacity at COEP.

In addition to her teaching responsibilities she also works as an ERP coordinator of the University. She is a member of Board of Studies for School of Engineering. She also guides M.Tech students on projects such as suspension system, process control, simulation models etc. She also enjoys conducting different training programs for students on topics like Vedic Mathematics, Joy of Numbers, Mathematical Modeling using Scilab etc.

She has been working as an academician and researcher for the last 11 years. She has taught various subjects in Electrical and Electronic Engineering at various Engineering colleges in Guwahati and those affiliated to the University of Pune. Her research work mainly involves wind energy, electrical drives, controllers, power electronics and artificial intelligence based techniques.

She has attended several workshops, seminars, and conferences. She has also published around 14 research papers related to Electrical and Electronic engineering in various reputed national and international journals and conferences including IEEE, SAGE Publications etc.

Dr. Aiswarya has completed her B.Tech and M.Tech in Biomedical Engineering from BPUT, Odisha and SRM University, Chennai, respectively. She has submitted her Ph.D. thesis at the Department of Ceramic Engg, NIT-Rourkela on ‘Bio-ceramics and its application in Bioimaging’.

She has worked as an Assistant Professor at CMRIT, Bangalore in the Department of Electronics Engineering. She has received the fellowship from GITA, GoI to attend India-UK Collaborative Industrial Research & Development Programme at King’s College, London from Feb 2017 to May 2017.

Dr Biswa Prasun Chatterji completed his Ph.D. on micro-tubules and anticancer drugs from IIT Bombay in 2011 and M.Tech in Biotechnology from Jadavpur University in 2002.

He has published 13 papers in international journals and has won the second prize in oral presentation on Xanthan fermentation found in food waste in Indian International Science festival 2015 at IIT Delhi.

He is an ambidextrous professional who has worked in industry and academia with equal panache. He worked with MAHYCO and Dolcera for four years and worked as a lecturer for 5 years at St. Xavier College, Mumbai where he taught subjects prescribed for MSc. Biotechnology. He has worked as a guest lecturer at several colleges in Mumbai and has been a resource person in syllabus workshop on IPR in Biotech in Mumbai University.

Dr. Neeti Sharma holds a Masters Degree in Biochemistry (Gold Medalist) from University of Lucknow and Doctorate degree in Biotechnology from the University of Pune. During her doctorate tenure as a CSIR fellow at National Centre for Cell Science (NCCS), Pune she devoted her research to understand the genetic basis and molecular mechanisms of rare genetic syndrome (Rubinstein-Taybi Syndrome). The focus of her research activities during her doctorate primarily dealt with the genetic basis of this congenital disorder, genomic profiling of nuclear genes implicated in epithelial ovarian cancer stem cells and exploring epigenetic marks in ovarian cancer and cancer stem-like cells.

Along with her research experience she has more than 9 years of teaching experience at leading institutions of India. She has published more than 40 research paper in various journals. Her areas of expertise lies in Cancer Biology, Nanochemoprevention and Epigentics. Mr. Uttam Kumar is an Assistant Professor in School of Engineering at Ajeenkya DY Patil Unversity, Pune since August 2018. He did his B.Tech in Electrical and Electronics Engineering (EEE) from Dr. A.P.J. Abdul Kalam Technical University (formerly known as Uttar Pradesh Technical University) Lucknow, Uttar Pradesh in 2011 and M.Tech in Biomedical Engineering from National Institute of Technology Rourkela, Odisha in 2013. He received an MHRD scholarship during his post-graduation.

He worked as Assistant Professor for 4 years and 10 months at NIMS University, Jaipur Rajasthan in the Department of Electrical Engineering. He holds a good command on the various subjects of Electrical and Electronics Engineering like network analysis and synthesis, signals and systems, control systems and electrical machines. His current area of interest is instrumentation, bioelectronics, biosensors, control system, and biomedical signal processing. He has published 2 research publications in referred journals and 2 international publications in IEEE conferences. Dr. Kulkarni possess 28 years of rich experience in teaching Mechanical engineering subject at Undergraduate and Postgraduate level. He also has worked as project engineer in turnkey project across India building factories, cement plants, chemical plants, and power plants. He is specialized in thermal engineering domain with his Ph.D. in area of refrigeration and air conditioning. He is an alumnus of College of Engineering, Pune. He has on his name 8 international publications and 12 international conferences where he presented his work on HVAC. He is NPTEL Certified candidate for many prime courses. He has obtained his course work training from Aalborg University, Denmark. He has trained many young aspirants and newcomers in the field of teaching profession to engineering. He has designed a curriculum for MSBTE as well as Pune University for many subjects. He has played a vital role as project coördinator for mechanical engineering for the University of Pune. He has authored famous books in automobile engineering, project management and AutoCAD.

Along with academics, he possesses great degree of enthusiasm and hummer for extracurricular activities, social activities, sports (Indoor and outdoor), trekking and singing. Ms. Sneha holds her B. Tech in Mechanical Engineering from College of Engineering, Pune (CoEP) and Masters in Machine Design from North Maharashtra University.Apart from academic achievements to her credit, she also has rich industry experience. She worked as a Design Engineer with Eaton Technologies Pvt. Ltd. In addition, she is Green Belt certified in Design for Six Sigma.

Her area of research interest is product design & development and application of design thinking. She has published many articles in the areas of optimization of design and design modifications for high-temperature coupling used in engine bleed air system. 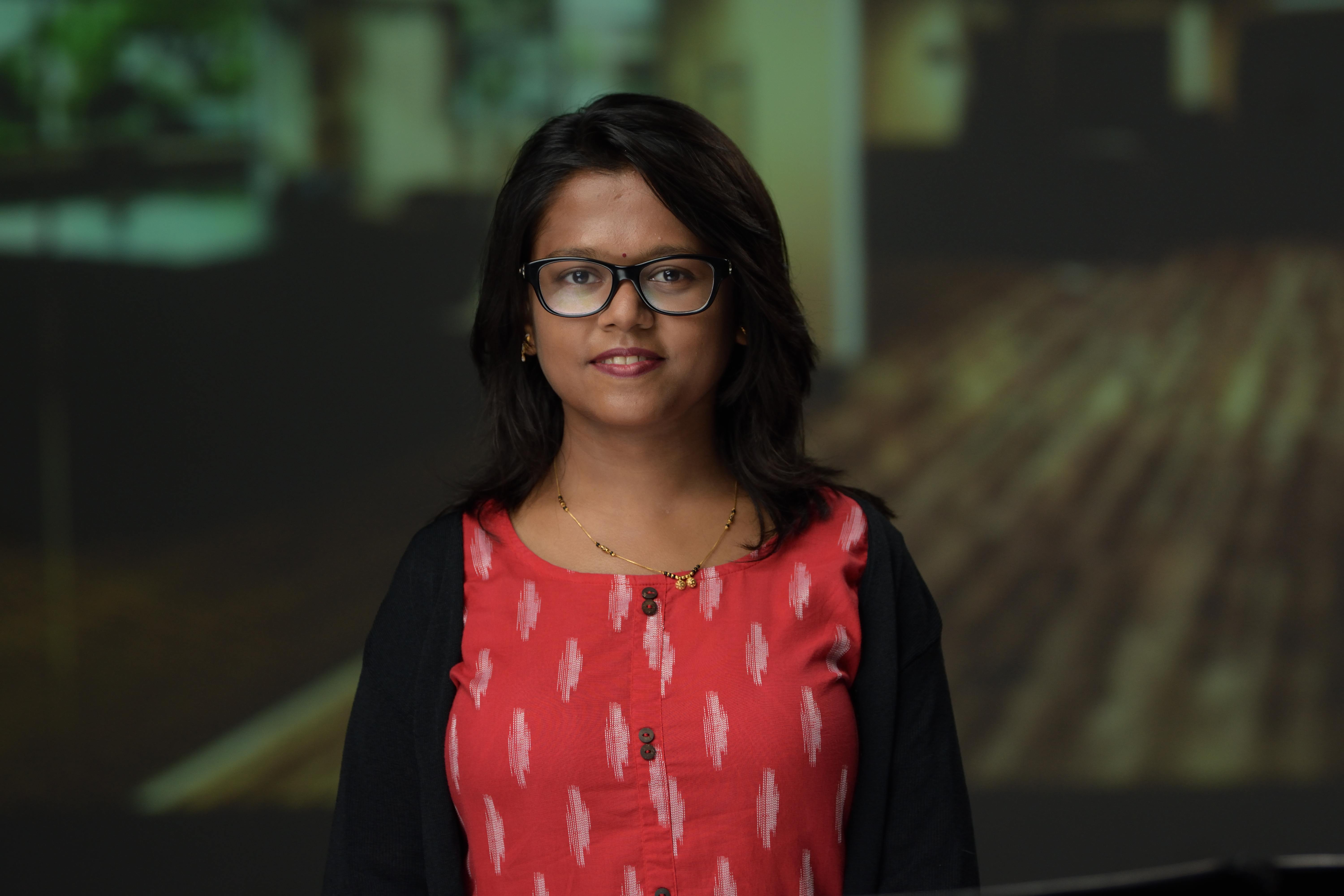 Ms. Neha has 8 years of rich academic experience at various institutes and universities in Mumbai and Pune Region. She completed her Bachelor of Engineering in Computer Science from SNDT Women’s University, Mumbai and Masters in Computer Engineering from Mumbai University.She has many papers published in International Journals. Her area of expertise are Information retrieval, Data Modeling and Data visualization.